By the close of the first day of the 2012 CIVL Plenary, held in Jiaosi Town, Chinese Taipei, CIVL had unanimously agreed to release a statement confirming its intention to support a new competition class of paraglider for use in FAI Category 1 championships.

With this statement, CIVL is making it clear to pilots, competition organisers and paraglider manufacturers its intended direction for the next two years. For the present (2012 season), FAI Category 1 competitions will remain restricted to EN-926 certified gliders. This decision is in line with the recommendations made by other major bodies in the sport (PMA, EHPU, PWCA and Test Houses).

In light of the PMA announcement to set up a working group to develop a new competition classs, CIVL fully expects that by the next Plenary in 2013, it will be in a position to consider approving the use of this new class in future Category 1 championships, from 2014.

The Paragliding Subcommittee believes that this decision regarding Cat 1 events will ensure a period of stability in the paraglider industry, allowing wing development to revert to a more natural 2 year cycle.

Meanwhile,for Category 2 sanctioned events, CIVL is reminding NACs that it is, and always has been, their decision on which classes of glider they will allow to be flown in competitions held in their territory. A number of NACs, but by no means all, are currently restricting competitions to certified paragliders.

Improving safety in competitions continues to be a major objective within CIVL. The work and recommendations of the CIVL Paragliding Competitions Safety Task Force has dominated the discussions within both the Paragliding and Safety Subcommittees. CIVL is committed to pursuing a number of these recommendations, particularly those related to improving pilot skills and qualifications, task style and task setting and reviewing competition structures.

Gå til hovedsiden for siste nytt 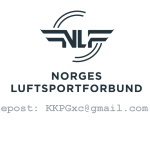